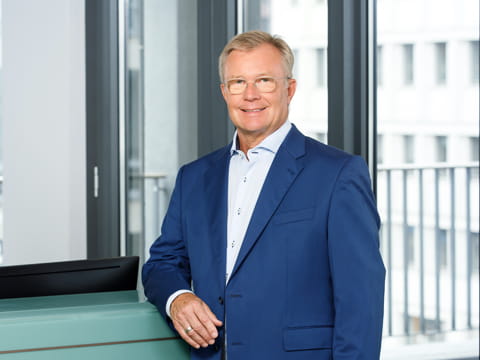 Hans-Joachim is an expert in municipal constitutional law, administrative law concerning trade and industry, health legislation, and energy legislation. He assists the firm in advising clients in the public sector as well as vis-á-vis policymakers and associations. Prior to that, he had worked in different leadership positions in the corporate and consultancy area for over 40 years and also active in the political arena.

From his work as a deputy for the German Association of Towns and Municipalities (Deutscher Städte- und Gemeindebund, DStGB) and managing director of the German Association of Local Public Utilities (Verband kommunaler Unternehmen e.V. ,VKU), Hans-Joachim has a broad network in the landscape of associations in Berlin and Brussels. During his political-administrative career, he successfully held, among others, the office of the Federal Director of the Christian Democratic Union (CDU) Germany and the position of the Secretary General of the CDU of the federal state of North Rhine-Westphalia, Germany. There he was a member of the state parliament (Landtag) and chairman of the Economic Committee of the federal state of North Rhine-Westphalia. As head of the central division executive management and personnel, Hans-Joachim was primarily responsible for the internationalisation strategy and the restructuring at Deutsche Telekom AG.

Advising Eneus Energy on Investment Agreement with Carlyle and GIC

Advising Azenta, Inc. on its acquisition of B Medical Systems