Yellow is not just a colour: successful enforcement of a colour mark in the Benelux

A recent case at the District Court of the Hague illustrates the importance of international colour codes for trade mark filings. It also shows that colour trade mark registrations can be successfully enforced.

Kärcher was founded in 1935 and operates worldwide in the field of cleaning technology. It entered the consumer market in 1984. It has two Benelux trade mark registrations for the colour yellow, one of them registered with an international colour code RAL 1018 (zinc yellow). This trade mark registration is shown below: 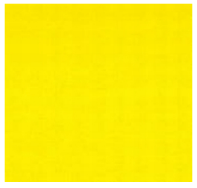 Since 1974, Kärcher has used this zinc yellow colour on its cleaning devices and accessories, as shown below:

Varo is a distributor of do-it-yourself products. It offered high-pressure cleaners in the Benelux from 2012, and used a yellow colour on its products: 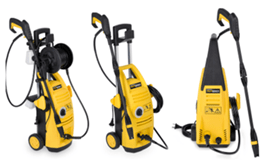 Proceedings at the District Court of The Hague

Kärcher claimed that the Varo high-pressure cleaners infringed its yellow colour trade mark registrations and initiated injunction proceedings on the merits at the District Court of The Hague. Kärcher alleged that there was a likelihood of confusion between the products bearing in mind their overall impression. Kärcher also claimed that its trade marks have a reputation in the Benelux territory, and that the use of the colour yellow by Varo takes unfair advantage of or is detrimental to the distinctive character or repute of its marks.

The court held that Kärcher’s trade mark had acquired distinctive character because of the consistent and worldwide use of it for many years. The greater part of the public associates the yellow colour on its products with Kärcher. Kärcher’s trade mark registration (referencing the international colour code) was therefore valid. (The other trade mark registration, without the international colour code, was declared invalid.)

Varo used the colour yellow for identical goods (high-pressure cleaners for consumers) to those for which the Kärcher’s trade mark was validly registered. The court concluded that, despite the small difference in colour tone, there was still a high degree of similarity between the marks. This is particularly so given that the public will rarely be able to compare the colours directly and must rely on the global impression of the colours left behind. Accordingly, the court held that there is likelihood of confusion between the marks and concluded that Varo infringed Kärcher’s trade mark registration in the Benelux.

This case recognises the importance of the use of an international colour code at the time of filing a trade mark application. If no colour code is used, the sign cannot be represented on the register in a manner that enables the competent authorities and the public to determine the clear and precise subject matter of the protection afforded, and the registration might be declared invalid by a national court. It also illustrates that colour registrations – although often difficult to obtain - can be successfully enforced.

Yellow is not just a colour: successful enforcement of a colour mark in the Benelux