The German Federal Court of Justice (BGH) has ruled that the use of a quality label in advertising for tested products without obtaining a licence constitutes trade mark infringement. 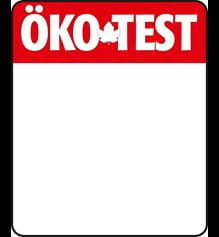 The claimant, ÖKO-Test Verlag, is an undertaking which evaluates products through performance and compliance tests, and then informs the public of the results of those evaluations through its well-known ÖKO-TEST magazine in Germany. Manufacturers of products tested may (on payment of a licence fee) include in their advertising the ÖKO-TEST quality label, which is an EU registered trade mark. 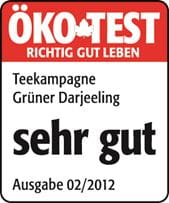 The defendants in the three proceedings were dealers. They had advertised products with a slightly modified ÖKÖ-TEST quality label, without having concluded a licence agreement.

ÖKO-TEST Verlag brought an action for trade mark infringement. It demanded that the dealers cease the advertising in question and reimburse the costs of warning letters. The Federal Court had initially waited for a ruling of the European Court of Justice (CJEU) on the trade mark protection afforded to the ÖKÖ-TEST quality label.

The CJEU had already decided in its judgement of 11 April 2019 (C-690/17) that trade mark infringement of a quality label registered as a trade mark is possible. The conditions for this are if the quality label is a well-known trade mark, and the reputation or the distinctive character of the trade mark is unfairly exploited or impaired by its use without due cause.

The BGH concurred with this. The ÖKO-TEST quality label is a well-known trade mark in Germany. The dealers took advantage of the advertising effect of the label and the trust placed in it by the public to promote their own sales without any consideration. This was an unfair exploitation of the repute of the mark, according to the Federal Court.

The Court went on to state that the interest of ÖKO-TEST in controlling the use of the trade mark in advertising to avoid misuse or misunderstandings outweighed the interest of the dealers in referring to positive test results. Such control was necessary to maintain the good reputation of the quality label trade mark.

Caution is advised advertising with quality labels in Germany. For example, to avoid misleading advertising, it is mandatory to only advertise a product that has actually been tested, and not a similar, near-identical product, instead. Additionally, the source of the advertised test result must always be indicated in an easily identifiable manner.

The quality labels of the major German test organisations (eg ÖKÖ-TEST, Stiftung Warentest) are also protected as trade marks. The recent rulings of the German Federal Court of Justice make it clear that the use of these well-known labels is only permitted after conclusion of a licence agreement with the test provider.

As such, dealers and manufacturers who wish to use a positive test result from a well-known test facility for advertising purposes free of charge can only do so without using the corresponding logos (eg referencing the results in the advertisement's text).

The General Court looks at distinctiveness of the XOXO mark