For this reason, Taylor Wessing is launching a series of updates and a dedicated UPC website. We will explain the key aspects of both the Unified Patent Court and the Unitary Patent and highlight the associated action items, opportunities and risks for patent owners and potential patent users to be considered before and after the Unified Patent Court Agreement enters into force. Please register here for regular updates: sign-up here and visit our dedicated UPC website.

The Unitary Patent system is set up to create a common one-stop-shop patent protection and litigation system for all participating EU Member States: For the very first time, Europe will get one single patent with the Unitary Patent (“UP”) and one single litigation system for the major part of the European market - the Unified Patent Court (UPC). The decisions of the UPC will have effect in the whole territory of participating EU Member States, be it injunctions and damages for patent infringement or the revocation of patents. As a result, the UPC covers a market of about 350 million people that is comparable to the US.

The Unified Patent Court (UPC) is an international court set up by participating EU Member States to deal with the infringement and validity of both Unitary Patents and European patents with exclusive jurisdiction.
The decisions of the Unified Patent Court will apply in the participating EU Member States, specifically for actions for injunctions and damages for patent infringement as well as for the revocation of Unitary Patents and European patents.

The 17 EU Member States which have ratified the Agreement on a Unified Patent Court (UPCA) and which will participate in the Unitary Patent system when it starts are: Austria, Belgium, Bulgaria, Denmark, Estonia, Finland, France, Germany, Italy, Latvia, Lithuania, Luxembourg, Malta, the Netherlands, Portugal, Slovenia and Sweden. The seven EU Member States that have signed but not yet ratified the UPCA are: Cyprus, Czech Republic, Greece, Hungary, Ireland, Romania and Slovakia. 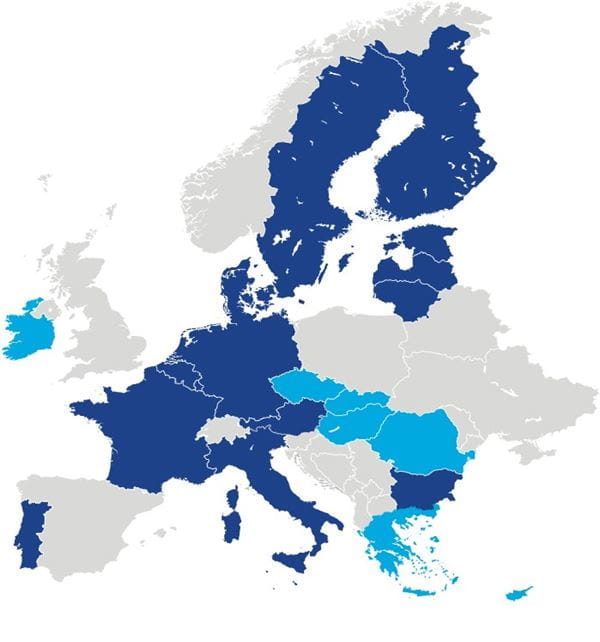 Almost all formalities have been fulfilled and the UPC is on the home stretch. Germany completed the final ratification of the UPCA in September 2021, but – as agreed by the participating EU Member States – has not yet deposited its instrument of ratification required to complete the process.

In order to ensure the immediate functioning of the UPC after the entry into force of the UPCA, certain parts of the UPCA are to be provisionally applied in advance, as regulated in the Protocol on the Provisional Application of the UPCA (PAP Protocol). On 19 January 2022, after the deposit of Austria’s instrument of ratification of the PAP Protocol, the provisional application phase of the UPCA (PAP) started. During this phase, which can last up to 8 months, the functioning of the Unified Patent Court is established: Judges are appointed, buildings and infrastructure are prepared, IT systems are set up.

Once the system is operational, Germany will deposit its instrument of ratification so that three months later the UPCA will enter into force, probably at the beginning of 2023.

During the PAP, all patent owners should adapt their European patent strategy and prepare for the new system. The effects on existing European patents and the advantages and disadvantages of the Unitary Patent need to be considered.

The following Top-3 important action items for companies in 2022 and the underlying aspects will be discussed in our regular updates:


A thorough analysis of the patent portfolio might lead to different strategies for parent patents and divisionals, using the advantages of both systems and mitigating risks. We will guide you in taking these decisions.

The UPC judges: who are they and why does it matter?

The Disproportionality Defense – Will it change the legal landscape