When H&M started selling its Work Out range of fitness clothes in the Netherlands in 1997, it was hard to imagine it would lead to a 23 year long (maybe even longer) legal dispute with adidas. Fortunately, this year's decision in The Hague may mark the end of this prolonged battle between these two world-famous brands.

The trademarks and signs

adidas is the owner of several figurative Benelux and EUTM trade marks composed of three vertical, parallel stripes of equal width which are featured on the sides of sports and leisure garments in a colour which contrasts with the basic colour of those garments (the three stripes trade marks; see below). 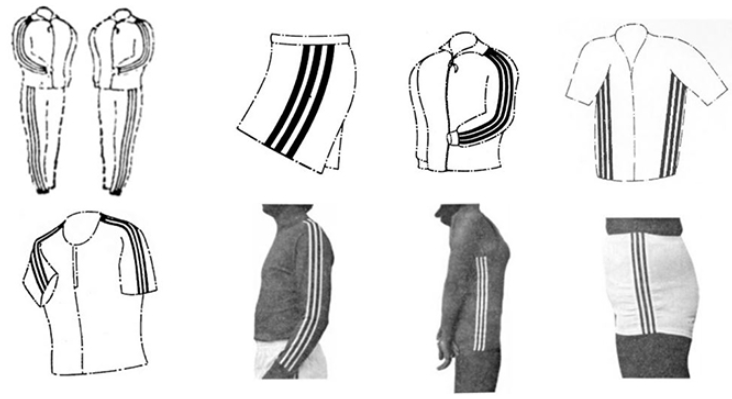 The Work Out fitness clothes of H&M (available in blue, yellow and brown) contain a white parallel two stripe motif on the sides of the garments as depicted below (the H&M signs).

Previous proceedings between adidas and H&M

In the judgement of 2 October 1997 (Proceedings A), the presiding Judge of the Breda District Court rendered a preliminary injunction against H&M to refrain from using the three stripes trade marks.

By way of an interlocutory judgement of 13 October 1998 (Proceedings B),the Breda District Court held that the H&M signs are considered an infringement on the three stripes trademarks.

In its decision of 29 March 2005, the 's-Hertogenbosch Court of Appeal set aside the judgements of 2 October 1997 and 13 October 1998 and – giving a final decision – rejected both adidas and H&M's claims on following grounds:

The s'-Hertogenbosch Court of Appeal ruled that the three stripes trade marks are not very distinctive per se, but that – owing to the investment in advertising by adidas – these three stripe trade marks had acquired considerable distinctive character and had become well known.

However, the Court of Appeal also concluded that stripes and simple stripe logos are generally signs that must remain available and do not therefore lend themselves to exclusive rights. According to the Court, this means that the three stripes trade marks are not eligible to prohibit the use of the H&M signs.

adidas appealed these two points of law at the Dutch Supreme Court. Firstly, adidas stated that, in the light of the system set up by the Directive, the requirement of availability should be taken into account only when assessing grounds for refusal or validity provided for in article 3 of the Directive. Secondly, adidas argued that the examination of all relevant factors – including the current market situation – should be assessed

The Supreme Court decided to stay the proceedings and to refer the question to the Court of Justice of the European Union (CJEU) regarding whether the general interest in ensuring that the availability of given signs for other parties offering the goods or services concerned should be taken into account.

The CJEU ruled in its decision of 22 April 2008 that the requirement of availability cannot – in all circumstances – constitute an independent restriction of the effects of a trade mark in addition to those expressly provided for in article 6(1)(b).

As a consequence, the Supreme Court on 11 December 2009 nullified the final decision of the 's-Hertogenbosch Court of Appeal of 2005, and additionally held that all relevant factors at the time of the decision needed to be take into account. The Court of Appeal therefore held that Proceedings B (the proceeding on the merits) became final and referred Proceedings A (the interim injunction proceedings) – that started in 1997, remember! – to the Arnhem-Leeuwarden Court of Appeal

The Arnhem-Leeuwarden Court of Appeal subsequently held that offering the Work Out Fitness clothes resulted in an infringement on the three stripes trade marks, and imposed an injunction on H&M. This decision was not appealed and therefore became final.

Current proceedings between adidas and H&M

At first instance, The Hague District Court on 8 November 2017 ruled that H&M infringed the three stripes trade marks and granted the injunction. H&M then appealed this decision.

The Hague Court of Appeal in this latest decision of 28 January 2020 overturned the first instance ruling and referred to differences in the use of the stripes by the two parties. The Court of Appeal held that the three stripes marks and the H&M signs need to be seen as a whole and are dissimilar.

Furthermore, market research since the alleged infringement (from 1997 up until 2017) was assessed by the Court of Appeal, and this research failed to demonstrate that consumers were likely to confuse the H&M signs with the three stripe trade marks. The Court of Appeal recognised the lack of likelihood of confusion and rejected the allegation of infringement.

adidas lost this battle before The Hague Court of Appeal due to the overall assessment of the marks and signs, and the apparent dissimilar positioning (distance) between the stripes.

However, this might not be the end of this dispute, as adidas still has the possibility to appeal this decision before the Dutch Supreme Court. So maybe we should file this Dutch battle of the stripes under "to be continued"…

The everlasting battle of the stripes

Are second hand sales use of a registered trade mark?

COVID-19: What should brands lawyers be thinking about?