Pre-judgment attachment on an NFT in the Netherlands

Dutch judges are quite progressive when it comes to digital commodities that are subjected to legal proceedings. Back in 2012, a virtual amulet and mask used in the computer game Runescape were the subject matter in criminal proceedings in which it was decided that these virtual amulets qualified as goods that can be stolen in a digital world (Dutch Supreme Court 31 January 2012). It took some years and quite some technological developments before the Dutch courts were again faced with a challenge. This time the preliminary relief judge of the district court of Noord-Nederland (Leeuwarden) had to answer the question whether an NTF could be subject of a pre-judgment attachment request. 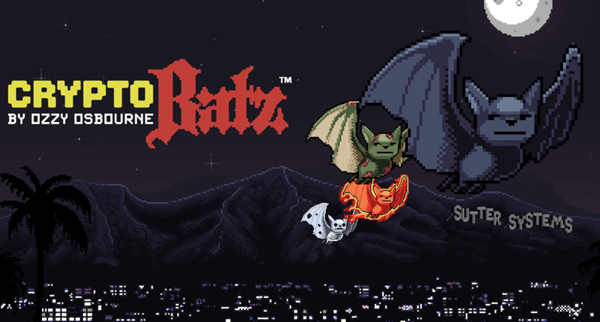 Circumstances leading up to the request of pre-judgment attachment

The parties involved have entered into an agreement on 20 January 2022, whereby it was agreed that the seller would buy an NFT for the buyer that was interested in this particular NFT, as depicted above (see also here). The seller did fulfill the first part of his obligation and bought the NTF, however the seller did not (according to the buyer) transfer the NTF to the buyer.

The seller argued that he bought two crypto bats and transferred one of them, the one that is supposedly less rare, to the buyer. Therefore, in the opinion of the seller, he fulfilled his obligations under the agreement. However, the seller obtained crypto currency and money from the buyer to purchase a particular NFT. It appears from the public, verifiable blockchain on which the crypto transactions are being registered, that the purchase of the NFT concerned was indeed the rare Cryptobat. It only came to the surface after the reveal of the characteristics of the NFT, that this particular NFT is rare and is possibly very valuable. When the seller became aware of this fact, he bought a less valuable second Cryptobat which he subsequently sold to the buyer. He also tried to transfer the rare and valuable Cryptobat to the wallet of a third party which appeared to be an acquaintance of the seller.

In response to these events, the buyer requested permission for pre-judgment attachment from the district court of Noord-Nederland. The request included inter alia handing over the private keys and access codes of the wallets of the seller and the third party. Also it was requested to keep the NTF in custody and to facilitate the bailiff for transferring the NTF to him, including paying the gas fees for that purpose. The seller also requested an ex parte injunction subject to a judicial penalty.

Pre-judgment attachment in the Netherlands

In the Netherlands, it is possible to ask for permission for pre-judgment attachment (in Dutch: conservatoir beslag) pursuant to Article 700 et seq. Code of Civil Procedure. It entails protective measures by attachment which anticipate a later judgment in follow-up proceedings. The purpose of pre-judgment attachment is preventing the debtor from transferring assets prior or during legal proceedings and therefore acts as security for a claimant. By means of pre-judgment attachment assets are frozen or forced to surrender, with the result that the debtor cannot dispose over his assets anymore. Obtaining the freezing effect of a pre-judgment attachment can also be reached by placing the assets in custody of a third party (gerechtelijke bewaring). In case of attachment on goods that can be done by physically taking the goods and handing them over to a sequestrator. However, in case of an NFT that is more complicated because access needs to be gained to the NFT.

Decision on the request for pre-judgment attachment

In the matter on the Cryptobats, the preliminary relief judge indeed granted permission to the buyer for pre-judgment attachment with regard to the NFT on 4 February 2022. The buyer then successfully effectuated the pre-judgment attachment to render transfer of the NFT to third parties impossible. The court order included the obligation for the seller to cooperate under pain of a penalty, which made it possible for the bailiff to organize the transfer of the NFT and to make sure that it was securely stored at a third party.

The preliminary relief judge made it possible for a buyer of an NFT to secure its interests in that NFT by making it part of pre-judgment attachment measures and actually seizing the NFT and transfer it to sequestrator awaiting the outcome of follow-up legal proceedings. Pre-judgment attachment measures can therefore be a very effective tool under Dutch law to prevent others to transfer digital assets like NFTs or crypto or even to force the holder of an NFT to surrender it and cooperate with the bailiff by providing private keys and paying gas fees. Another way to make effective use of the tool of pre-judgment attachment under Dutch law is to seize NFTs or crypto as a security for claims on third parties that are in the possession of sometimes very valuable digital assets like NFTs and crypto.

Pre-judgment attachment on an NFT in the Netherlands

Smart contracts in the Data Act

Bits and pieces from the Metaverse