The Bolar and related exemptions in Europe 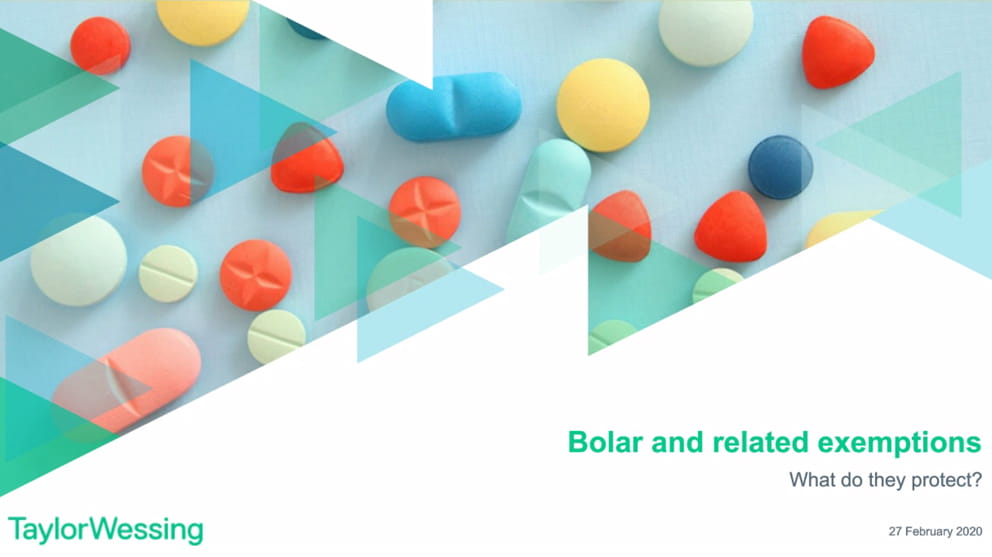 The experimental use exemption to patent infringement is provided by national laws and its interpretation varies from one European country to another. Doubt about the extent to which this exemption protects the conduct of clinical trials and other tests necessary to obtain a marketing authorisation led to the introduction of the 'Bolar exemption' (named after a similar provision in US law), by the Medicinal Products Directive (Directive 2001/83/EC).

The Bolar exemption has itself been applied differently in Europe, with broad application in Germany and narrow application in countries such as the UK and the Netherlands. As a result, the UK has now introduced a further experimental use exemption which is designed to mirror Bolar in Germany. Poland has also introduced draft legislation to implement a broader approach.

What do all these exemptions do and how do they apply?

In the next instalment in our Life Sciences Dispute series, we unpack these various exemptions in Germany, the Netherlands, Poland and the UK and address what is known about the activities that they cover and what is not.