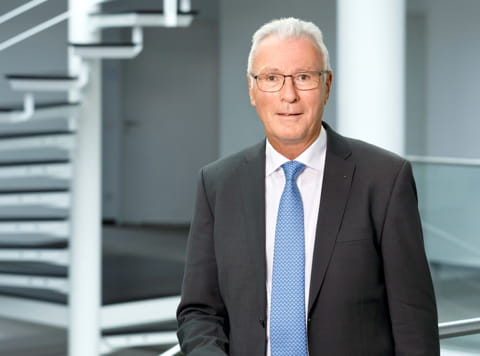 Hermann-Ulrich, a lawyer and tax advisor, has been a member of the law firm’s tax law team since April 2016. As Vice-President of the Federal Fiscal Court of Germany (BFH) and Chief Judge of the BFH’s Second Senate, which inter alia deals with inheritance tax and gift tax, valuation law and land transfer tax matters, he has substantially influenced the case law in those disciplines until mid-2015. He has handed down numerous landmark judgments and has initiated repeated BFH referrals to the Federal Constitutional Court regarding the partial unconstitutionality of the Inheritance Tax Act.

Boasting outstanding expertise, Hermann-Ulrich Viskorf advises, in particular, on corporate and private succession, asset structuring for wealthy individuals, as well as real estate transactions and restructuring schemes subject to land transfer tax. His longstanding experience as a judge of financial matters makes his arguments largely irrefutable in court. Hermann-Ulrich Viskorf is the author of leading commentaries on inheritance tax, the Valuation Act, and land transfer tax. He is the co-publisher of “Zeitschrift für Erbrecht und Vermögensnachfolge” (ZEV [journal for inheritance law and succession]) and a sought-after speaker at the leading symposia on tax law.

by Liz Wilson and Claire Hawley

Advising Dataminr on its acquisition of WatchKeeper